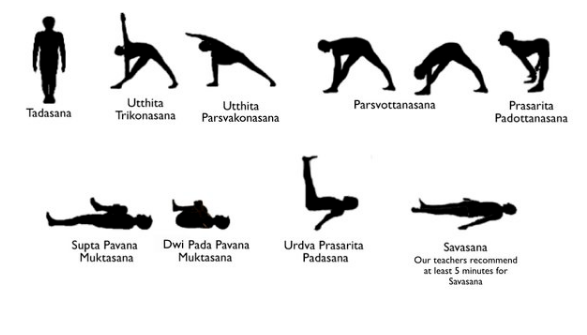 I’ve been to a few yoga classes recently that indicate there's a sequencing-tastrophe happening in yoga studios in Sydney. Some of the 'sequencing' I've experienced can best be described as choreography, with teachers far more concerned about flow than either the effects of the practice or the safety of their students.

If you’re a yoga teacher putting together weekly or daily classes, here are three things you might be doing wrong when you plan asana sequencing (but hopefully not...)

Just this week, I’ve heard three different yoga teachers describe counterposes as ‘neutralising’ or ‘reversing’ the effects of the preceding pose. If you’re telling your students this, you’re dead wrong. If you’ve been doing a forward bend, it’s probably because you want the benefits of a forward bend (increased flexibility and length through the lumbo-sacral area, calming and cooling effects if you are doing a forward bend as part of a langhana practice, extending the exhalation etc). Why would you want to neutralize or reverse those effects?

Every action has a potentially positive and potentially negative outcome. Counterposes are designed to minimize any potential negative effects of previous asanas. If you’ve done a forward bend, you want to minimize potentially negative effects (strain in the back from forward flexion, tension in the front of the body from contraction, excessive inward focus, de-emphasis of inhalation etc). If you do a back bend, you don’t negate the effects of the forward bend (if you’re doing the right counterpose). You simply mitigate against any unwanted and unhelpful consequences of practicing it. Which brings me to my next point.

Counterposes are defined by two things. Firstly, they move the spine in the opposite direction to the movement created by the previous posture. Twists and lateral bends are NOT necessarily good counterposes. If you’ve just done a strong forward bend, a very gentle twist or lateral bend might be a helpful transitional pose, but they are not the counterpose. The counter pose to a forward bend is a gentle back bend. Even more importantly, a twist is NEVER a counterpose to a back bend. Back bends always need to be counterposed by a gentle forward bend before twisting or lateral bends. And don't just rush into a counterpose after doing any strong posture. Stop. Rest. Relax for a few breaths. Then gently move into an appropriate Counterpose.

Secondly, Counterposes are always more gentle than the previous posture. Camel (ustrasana) should not be counterposed with full forward fold (pascimottanasana). Pascimottanasana is much too strong a forward bend to be performed after a strong back bend and is likely to do more harm than good. Think about a paperclip (or any length of thin metal/wire). Straighten one out and then bend it one way and then the other several times. Eventually, it snaps. Don’t take your students from a strong backbend to a strong forward bend (or vice versa). Choose a much more gentle forward bend such as child’s pose.

It’s an old chestnut, but I’ve been to two classes this week where teachers did not properly prepare or counterpose students for strong and potentially harmful postures. If you’re going to teach shoulderstand (salamba sarvangasana), don’t assume that a general asana class will warm people up enough to put significant pressure on their necks – especially if you’re going to offer the option of plough (halasana) afterwards. You must prepare the upper back and neck area in a very specific way, making sure that students have practiced, and are able to, move into forward neck extension before teaching shoulderstand (dynamic bridge pose would be a good start). Afterwards, you must counterpose. Remember that a counterpose is more gentle than the original pose – fish pose (matsyasana) doesn’t meet that fundamental requirement. Try extending the neck with gentle cobra (bhujangasana) variations that encourage students to lift their chins up gently.

Having got to the end of the promised ‘Three Things’ list, I can think of dozens more sequencing errors that I’ve experienced recently. I’ll be back. 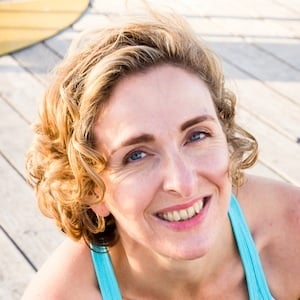