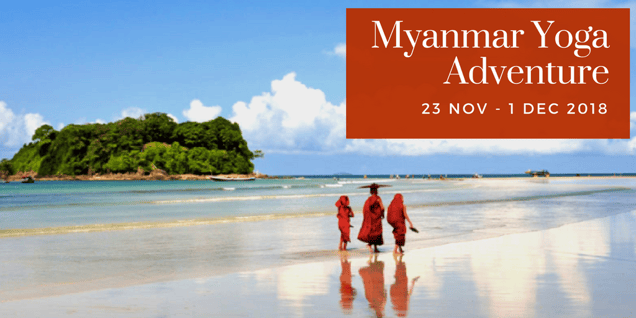 Why run a yoga retreat in myanmar of all places...? 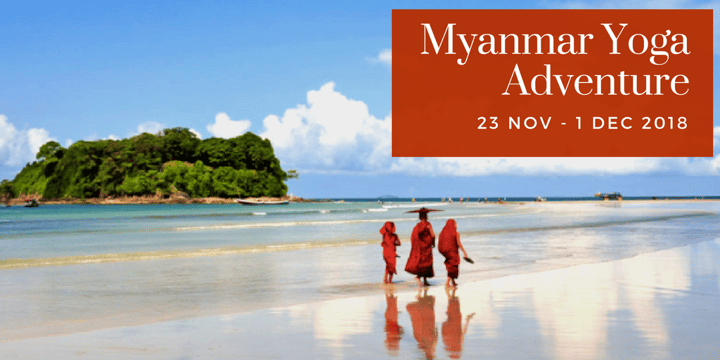 Myanmar (or Burma as it was known until recently) isn't at the top of many people's yoga travel bucket list. You'll find yoga retreats and adventures pretty much everywhere, especially in Bali, Fiji, India, Sri Lanka and Central and South America. But Myanmar has dropped off the radar.

To be honest, we nearly didn't go there ourselves. We had LONG wanted to visit Myanmar - we'd heard so much about the natural beauty, friendly people and that special feeling of arriving somewhere totally new - something that's hard to find in an era of globalisation (no Starbucks in Burma!) We booked our flights in the hope that we'd find an exciting new world to bring our students and guests to - imagine meditating in those ancient Buddhist temples and doing yoga on the banks of the mighty Irrawaddy River! Then we heard the news last year about the Rohingya crisis.

What we found was beyond anything we had ever imagined - from the landscapes to the culture to the people to the political situation. Myanmar blew our minds.

We spent many hours sitting with local people and Westerners working for NGO's in Myanmar, trying to understand the circumstances of the recent displacement of the Rohingya population. It's a problem much older and more complex than we could grasp.

Myanmar has over 300 ethnic minorities and, in both recent and ancient history, the dynamics between these groups has been volatile. Even if you ignore how events from 2,000 years ago are playing out in modern Myanmar, the ongoing fall out from British Rule, the legacy of the military government and now the first steps towards democracy under Aung San Suu Kyi are playing out in ways that have caused great suffering to some of the population, most recently the Rohingya people.

So what can and should we do about it? That's the question we asked Australians who work for charities in the region, Myanmar community leaders and the ordinary people we met day to day around the country. The unanimous response was 'Don't stay away'. Come to Myanmar, support local people on the ground and develop a more nuanced understanding of what is happening there.

We also heeded the call to support local people who are making a difference to their communities.  So, we did our research, called our contacts and found a small group of community leaders who are doing extraordinary things to improve the lives and futures of people in small, disadvantaged communities around the country.

We decided that we would organise a yoga and meditation focused adventure in Myanmar, bringing students not only to experience the other-worldly beauty of this country, but also offering them an opportunity to give back to the local people who often face great adversity. Our Myanmar Yoga Adventure takes in three very different locations and, in each location, we have partnered with local community leaders whose projects will benefit from our visit.

Read on to find out about the three locations for our Myanmar Yoga Adventure, what we'll be doing and how we will be helping local communities along the way. Click here to read the second in this series of blog posts about yoga and meditation in Myanmar.

Want to know more about the Myanmar Yoga Adventure in November 2018?