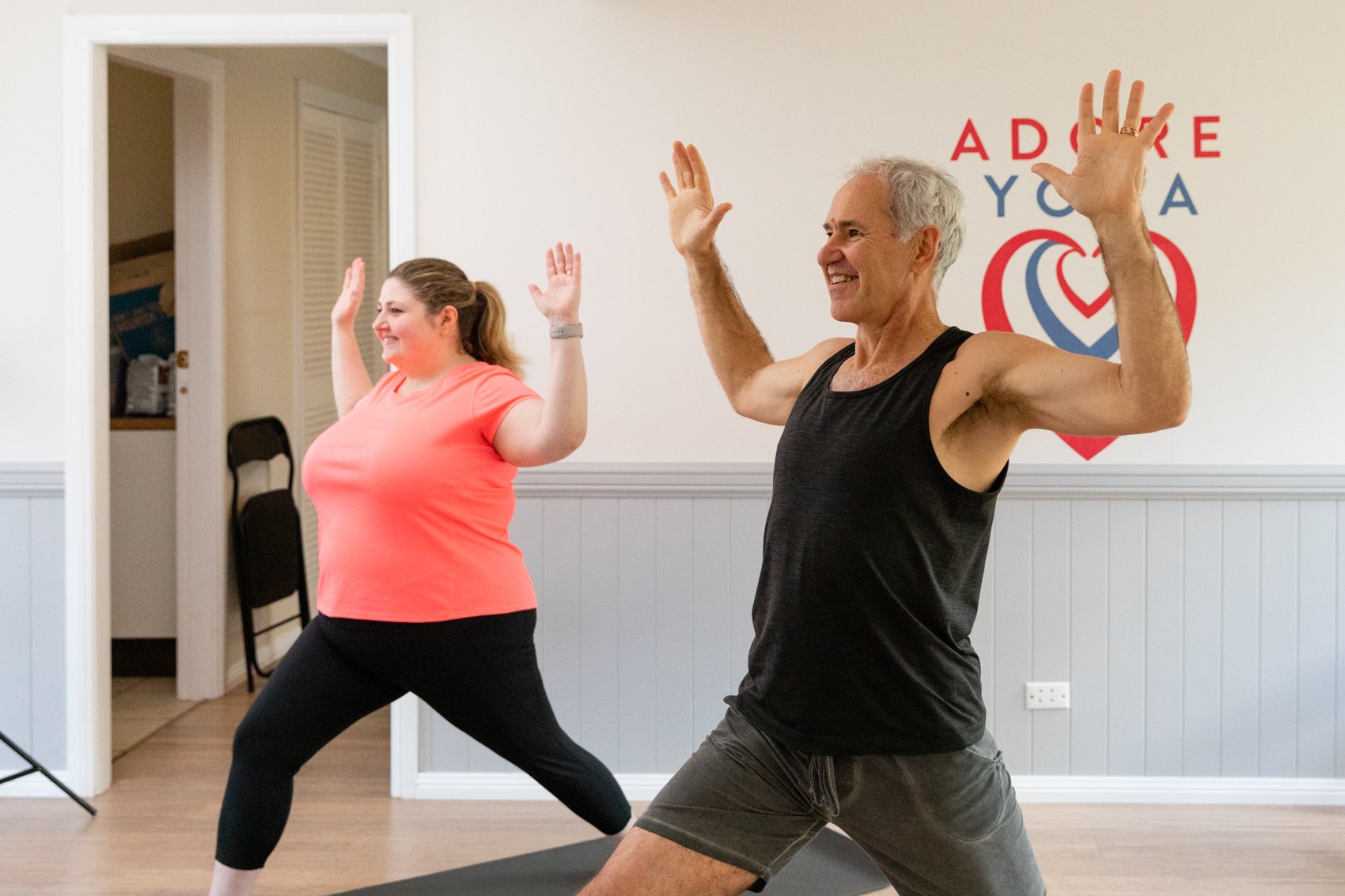 Yoga and the body beautiful

*The yoga world lost a shining star last week. Sarah Harry was an extraordinary yogi, activist and pioneer in yoga and body image. She was the first Australian plus-size woman to appear on the cover of a yoga magazine. Sarah passed away far too early at the end of March 2021. She will be missed by everyone who was touched by her generosity, commitment to social justice and her yoga teaching.

This week's blog is from a post I wrote back in 2016 when Sarah and I were collaborating on Yoga and Body Image Coalition projects. It is reproduced here in memory of Sarah, her extraordinary work and her rich legacy.

What would my body look like if I didn’t do yoga? I know I wouldn’t feel so good. But would I actually look any different? I ask the question because the imagery of modern yoga directly equates yoga practice with physical attractiveness. While anybody who’s done more than a couple of classes will tell you it’s all about what’s happening on the inside, the external representation of yoga increasingly mirrors the wider cultural obsession with perfecting and then displaying the body.

Yoga is rapidly evolving into a performance art in which the physical form trumps the internal experience. The yoga body has become an object of display and the practice of yoga is no longer a vehicle for exploring our internal, embodied experiences. Instead, it has become yet another arena for creating and broadcasting our idealized selves.

But this shouldn’t come as a surprise...

How could yoga stand apart as the only activity in the modern world that is not influenced by the forces that shape the rest of our social attitudes and behaviours?

Performance trumps embodied experience because that's exactly what the sexualised body in popular culture does. We are no longer allowed to have normal bodies that can be enjoyed for what they are. The body is now a never-ending project that needs to be constantly controlled, manipulated and, ultimately, exhibited.

Yogis have to look hot and perform on-demand, whether in class or on social media, because those are the imperatives we have absorbed from the culture at large. Ordinary bodies are not good enough. We have to work hard on ourselves, perfect our external bodies and then display them at every opportunity in order to be validated. These are the rules of the game, especially for women, and we’re bringing those rules with us when we come to yoga. If your teacher has also internalized these imperatives, the yoga studio becomes another arena for perfectionism and display. It's now commonplace for yoga teachers to be invited to 'audition' for work at yoga studios, a development that further entrenches the idea of yoga practice as performance.

But there’s more to the yoga body than simple aesthetics. It’s not just a matter of looking good. Achieving the ideal yoga body proves that we have mastered ourselves. It’s a walking demonstration of our monumental self-control and virtue. The yoga body represents all the strictures we have been taught to impose on the unruly human body. It also mirrors the idealized physical form that is forced upon women’s bodies in the wider culture – thin, fit, glowing, youthful, scantily clad and disease-free.

The display of the well-disciplined body is critical because all that mastery and control is not just for personal pleasure and satisfaction. It’s for public consumption which, we have been taught to believe, brings approval and acceptance. We just can’t seem to accept ourselves until we’ve molded our bodies into a form that makes us acceptable to others. Hence the yoga body is not a source of pleasure and self-acceptance. It's the site of anxiety and instability. Practice must be kept up to maintain that yoga body. Diet is endlessly scrutinised, not just to maintain the body beautiful, but to further signify our worthiness and self-control.

If we believe that health and happiness equal success then the yoga body is a calling card that announces ‘I’ve made it!’ Conversely, to allow our bodies to fall short of that ideal signifies failure. To feel successful, and therefore worthy, the body must constantly be managed through careful attention to food and exercise. Naturally, because all this effort is an attempt to experience a sense of self worth through external approval, we need to broadcast the results of our labours. And the Instagram yogi is born.

You may have noticed the proliferation of social media messages such as 'love yourself as you are', accompanied by photographs of yogis in impeccably idealized states – thin, calm and content and often performing extreme asana. That is not always the truth of their life experience, any more than the images in gossip magazines truthfully represent the lives of the rich and famous. The display of an idealized self-image is not the same as self-love.

There’s nothing wrong with being fit, thin, eating healthy food and celebrating the body. I'm not advocating for junk food and neglecting the body any more than I'm advocating for flat abs and food fads.  But we should be aware that images of yogis with perfect bodies in perfect postures might not always be a reflection of inner bliss. Such images may also depict the end product of self-modification for public consumption and approval, often driven by body dissatisfaction.

It’s true that yoga has contained an element of performance for many years and early footage of Krishnamacharya and Iyengar attest that yogis have been entertaining the public with party-tricks since moving pictures began. However, those images depict physical mastery as a step towards self-realisation. The body is a by-product of the practice and the footage neither glorifies nor sexualizes the human body.

And this is the problem with modern yoga imagery. The conflation of raunch culture and the compulsion to control the body rather than steady the mind have made the physical form the end rather than the means. We are representing the idealized physical form as the peak state rather than the first step on the yoga journey. When performance becomes the goal, meaning is lost and yoga becomes another tool for controlling and displaying rather than experiencing and transcending the body.